Earth Day- Its History and Impact on the Mankind 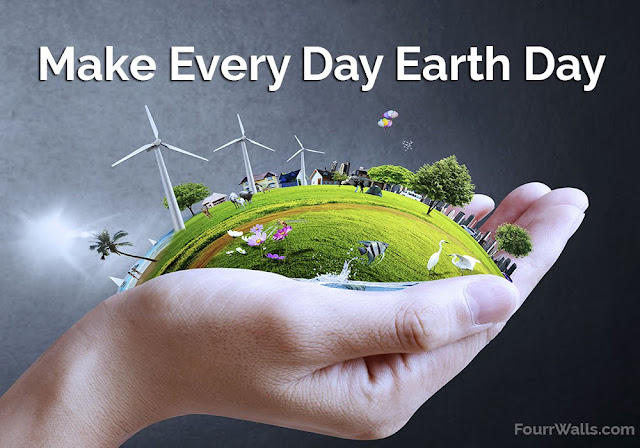 Founded in the year 1970, Earth Day is celebrated on 22nd April every year as a day of edification about environmental causes.
Gaylord Nelson, the then U.S Senator from Wisconsin started with the idea of celebrating a national day for environment, after the spill of oil in Santa Barbara in 1969. Seeing the anti war movement by many students, he thought of enforcing the environment protection theory in the national political meeting. He persuaded Pete McCloskey, a former republican congressman from California State, to serve as his co partner to implement the idea of “national teach-in on the environment”, and got Denis Hayes, an environment advocate as is coordinator. Hayes got as many as 85 people as staffs to promote the events across the country. In 1995, Senator Nelson was awarded the Presidential Medal of Freedom for his part of being founder of The Earth Day.

In 1970, The Earth Day got a number of political alliances, which were braced by Republicans and Democrats, many powerful people from different industries and other common people as well. The United States Environment Protection Agency was established at the end of the year which gave way for for Clean Air, Clean Water and Endangered Species  Acts.
In 2000, The Earth Day reached millions of people using the technology of Internet and media. Hayes started yet another campaign in 2000 which directed a great deal on global warming. In 184 countries, there were approximately 5000 environment groups which reached millions of people.
This year the March for Science has joined forces with Earth Day Network (EDN) group for a rally at the national mall in Washington D.C. which will include musical performances, speeches and training with scientists and civic organisers.
Education is the base for progress and it can alter the entire way how people think and work. Thus, a global awareness about the concept of climate change and its impact on the humankind is actually meant to save the planet from every environmental threat. Earth Day is specially intended to teach people with the knowledge of environmental protection in order to safeguard them from any probable ecological menace.

Climate literacy is again one of the main yardsticks to follow whenever it comes to creating green awareness and promoting climate laws. At the same time, hastening up green technologies is one of the most innovative ways how people can contribute to the welfare of the environment and Earth Day seems to stimulate the process.

Let’s celebrate this Earth Day with your community and expand the awareness among the entire clan you know. By raising alertness about environmental issues and changing public attitudes is how you can take an active role in the interests of the society.