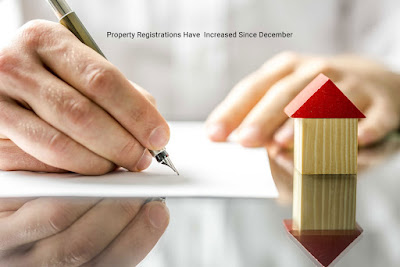 Although there were an end number of misbeliefs and myths about the prospect of real estate sector after demonetization, all the misconceptions have now seemed to dissolve with the running stride of time. According to the top honchos in the industry, property registrations in Pune have seen a climb of 34 percent, while the state of Maharashtra has experienced 29 percent of the same. Compared to the documentations in the past few years, it is now expected that the real estate sector will nearly see a record in the growth by March, 2017.
Although the real estate market was quite down after demonetization, it has now seemed to recover slowly. All the eight divisions of the state have not only seen maximum registrations in December, but have also foreseen a great prospect in the near future. People who had planned for a registration earlier in November happened to postpone it up to December. And, especially, with digital transactions taking an upper hand nowadays, the per day average property registration has actually seen a steep growth.
A number of Studies have been conducted saying that there were many investors who might have inspected properties before Diwali , but preferred to wait after demonetization made its arrival. But, as soon as they took in there was no considerable change in the property prices, they might have clinched back the confidence towards registration. Moreover, the urban areas are not the only region witnessing the difference; the same has been experienced in the rural areas as well.
There was an over-reflexive reaction after the much debated ban on the big currency notes by Modi Govt. However, things have started getting normalized and all the rumors about the fall of property prices have seemed to evaporate with the fleeting time. It is expected that in the next three-four months, it will not only get much better, but with RERA crossing the line, the real estate industry is sure to experience a greater fortune.
Posted by FourrWalls at 02:58