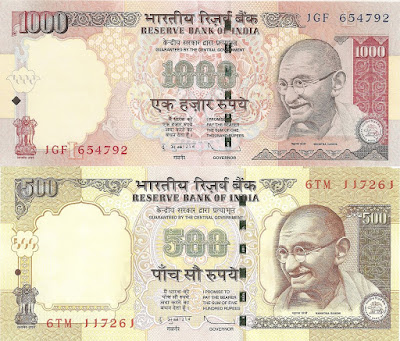 In a recent incidence PM Narendra Modi announced that higher currency notes of Rs500 and Rs 1000 respectively would be demonetized .he said since his government has come in power it has been trying to fight black money in India. He mentioned corruption, black money and terrorism has been weakening the country since a long time.
On the other hand RBI came up with answers as to why was the decision made? (Source TOI)
The decision to demonetize the higher currency notes of Rs 500 and Rs 1000 which cannot be used for transacting business and or store of value for future usage.RBI said there has been increase in fake notes which were used for anti national and illegal activities. In order to contain the rising incidence of fake notes and black money, the scheme to withdraw has been introduced.

Impact on Real Estate
Till date most of the transactions done were approximately 35%-65%, which means 35% was black and rest is done in white to avoid income tax. But after the announcement by PM Narendra Modi this will change the face of real estate, and the secondary market will come down in future. As an impact there will be no black money transactions for possibly next 6 months for sure.  As the RBI would be monitoring every transaction as one has to use mode of payment through cheque or electronic transfer and has to use Pan Card or certain valid identity proof while making a transaction. Cash transaction will reduce and this would lead to a brighter India and people will have to give proof for their income hence forth.

The scheme
The legal tender character of the notes in denominations of Rs 500 and Rs1000 stands withdrawn+ . The OHD notes can be exchanged for value at any of the 19 offices of the Reserve Bank of India or at any of the bank branches or at any Head Post Office or Sub-Post Office.
One can get up to Rs 4000 per person in cash irrespective of the size of tender and anything over and above that will be receivable by way of credit to bank account.

Duration to exchange the currency
The scheme closes on 30th December 2016. The OHD banknotes can be exchanged at branches of commercial banks, Regional Rural Banks, Urban Cooperative banks, State Cooperative Banks and RBI till 30th December 2016. For those who are unable to exchange their Old High Denomination Banknotes on or before December 30, 2016, an opportunity will be given to them to do so at specified offices of the RBI, along with necessary documentation as may be specified by the Reserve Bank of India.

Source: Times Of India
visit us @ www.fourrwalls.com
Posted by FourrWalls at 23:56